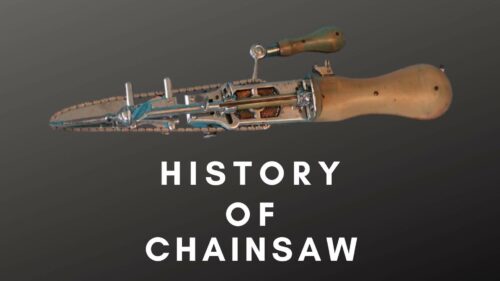 We have been in absolute love with the chainsaw machines. Using modern equipment makes us forget chainsaw history and sometimes the laborious work ancestors had to do in order to cut wood and timber. It was only until the chainsaw, heavy axes were carried around to deal with trees and woodcutting.

The credit mainly goes to German orthopaedist Bernhard Heine who got the first chainsaw rolled out in 1830. The equipment was called osteotome back then and this word was part of the Greek language. This meant bone cutter and was designed to use for medical reasons.

The chain designed by Bernhard Heine had small cutting teeth and sharp edges placed at certain angles to have maximum impact. A sprocket wheel was used to turn the chain over a guiding bar and cutting teeth would rip through the objects. It was operated manually back then and for obvious reasons had very little power.

Evolution of Chainsaw in the 1900s

It was until the 1920 researchers dug deep in redesigning the chainsaw so that it could be used for commercial forestry use. The need for stronger machines existed due to the rising demand for wood and fire timber. Samuel J. Bens has been credited for rolling out the first-ever patented endless chainsaw.

More powerful cutting teeth were attributed to the chain saw and it could be used in the forests to deal with heavy wood. Canadian millwright James Shand developed the first portable chainsaw in 1918. It was a bit heavyweight machine and wasn’t deployed much out in the middle. 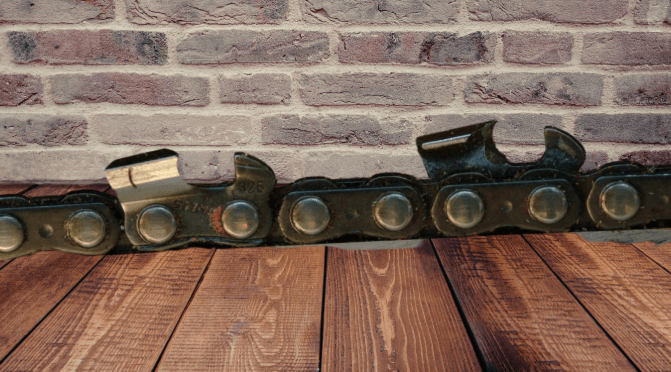 Dolmar Chainsaw Company began the manufacturing of gas-powered chainsaws in 1927. also launched his own gas chainsaw in 1929 as gas power input presented more power than the electric input. It was also too cost-effective solution at that time when chainsaws had bulky size.

These chainsaws were quite widely used in the 1930s and were also deployed in the second World War to quickly meet the wood and timber requirements. With the industrial revolution, aluminum and steel components became lighter in weight which also had the impact on chainsaw design.

The period of the 1950s and after that, the chainsaws’ effectiveness and impact became unstoppable. The weight of a chainsaw massively fall around to 30 pounds and became operational with a single person. Technology came in to add to the user convenience and lightweight features.

Since then many chainsaw companies have come into existence like Husqvarna, Stihl, Oregon, and many more. They offer various kind of features like anti-vibration system, chain brakes, rear and front handles, and the list goes on. User convenience became the top priority and the cutting power also enhanced with the installation of impactful motors.

Safety features like low kickback chain bar and chain brake make a woodcutter feel safe while playing around in the middle. The pull cords system lead to chainsaw getting started with ultimate ease and battery-powered chainsaws are among the new trends.

The chainsaw manufacturing and further evolution are now focused on user convenience as power goals have been achieved to quite an extent. Thankfully, now we don’t have to put in much physical effort and exhaustion level is quite low even at the end of a long haul woodcutting day. Let’s see what features are rolled out from the expert manufacturing engineers and researchers from now onwards!